You can use morph to make an image disappear. 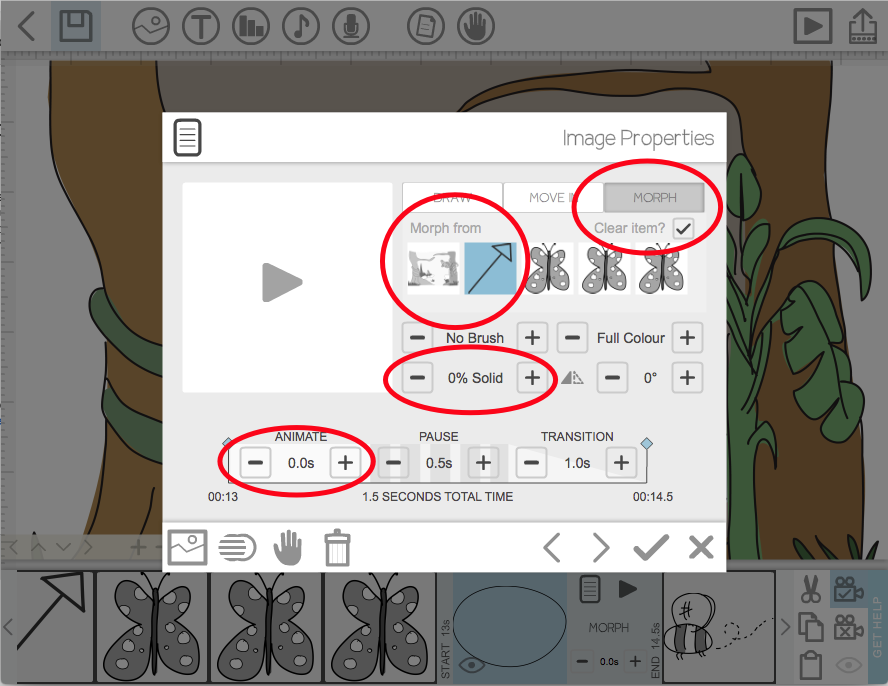 In this example I have used the round image set to 0% solid and to morph from the arrow. I have set the Animate time to 0 seconds and this means the arrow just disappears.