A problem with morphing

I've created one illustrator document, with two  brush drawings each on their own layer.

As I customarily do for Videoscribes, beneath each brush drawing is a layer with the image copied and converted to a basic line drawing wider than the original lines, at 0 transparency.

When I import the 2 images, though they were each created on top of one another in illustrator and each with the same canvas there, image 2 comes in smaller and higher than image 1, inexplicably. 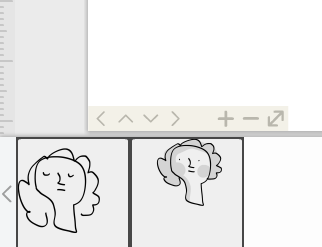 So I expanded Image 2 and moved it on top of image 1. Set the framing of both identically.

Now if I try to morph from image 1 to 2, the morphing happens but in a weird way.

The morphing image travels as it morphs. So it ends up below the original image. Then it appears to jump up to its correct position. You can view it here:

Just as a test, I set the 2nd image to draw instead of morph. In that case the 2nd image simply draws on top of the first, no change in framing.

If that is the problem, just use regular filled paths instead.

Without source files (SVGs/ .scribe) it's very hard to diagnose the cause of your issue.

Your sho.co video also seems to be set to private (you can change this in the options at the bottom of the page).

Please open a support ticket through our help site, explain your issue to the team and attach all of your SVG files to the ticket.

It would also be a massive help to us if you could upload your scribe project to your cloud folder, then let us know the name of the project file so we can take a look at it ourselves.